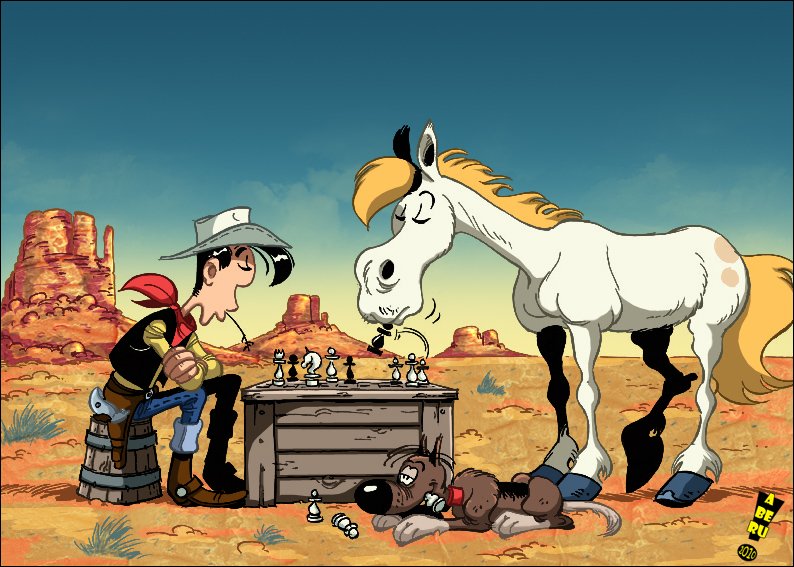 French publisher Anuman Interactive has today announced the development of a new game: Lucky Luke: Transcontinental Railroad, a Time Management game where you will have to buid a railroad linking the East to the West of America.

As the site supervisor of this titanic project, you will have to manage your team members while guaranteeing the resources, the security jeopardized by railroad bandits as well as fixing. In your effort you will be assisted by Lucky Luke and his faithful horse, Jolly Jumper. The cowboy will help you defuse bombs, counter the Dalton brothers’ plans, negotiate with the Indians or help Rantanplan from committing another disaster.

Alain Milly, Publishing Director at Anuman Interactive says “One of the most famous comic-book characters joins the Microïds – Game for All heroes family in a type of games for which we have had the opportunity to show our expertise”.

“Lucky Luke: Transcontinental Railroad ” is due to be released on PC, Mac, iOS and Android during the first quarter of 2014 under the Microïds – Games for All label.

Lucky Luke is one of the most famous comic-books in Europe. It was translated into more than 30 languages and sold more than 200 million copies in the world.