The Legend of Zelda: Majoras Mask 3D is coming

· Mario Kart 8 DLC: The first pack of DLC for Mario Kart 8 launches on 13thNovember and includes new courses, vehicles and characters from other Nintendo games like The Legend of Zelda, F-Zero and Excitebike.
· amiibo: In addition to Super Smash Bros. for Wii U, multiple games will be compatible with amiibo, including Mario Kart 8 and Hyrule Warriors in 2014, plusCaptain Toad: Treasure Tracker, Kirby and the Rainbow Paintbrush, Yoshi’s Woolly World, and Mario Party 10 in 2015.
Following the first wave of figures launching on 28th November, amiibo functionality will be available to players in the following games:
o  Mario Kart 8: When players tap Mario, Luigi, Peach, Yoshi, Donkey Kong, Link, Captain Falcon, Fox, Samus or Kirby amiibo figures to the Wii U GamePad they will receive a Mii racing suit themed to the amiibo character. Players’ Mii characters can wear these detailed suits when racing in the game.
o  Hyrule Warriors: A Link amiibo figure gives players a special “Spinner” weapon in the action-packed Wii U game. Additionally, every Super Smash Bros.series amiibo figure will grant randomly selected materials, weapons or rupees in the game.
The first wave of amiibo starring characters like Mario, Link and Samus launches on 28th November, the same day as Super Smash Bros. for Wii U*, with the second wave of six characters hitting store shelves on 19th December.
·  Splatoon: The four-on-four online multiplayer shooter also features a single-player mode, which pits a player’s squid-like character against an army of octopi equipped with an arsenal of ink weaponry. Splatoon will launch exclusively for Wii U in the second quarter of 2015.
·  Xenoblade Chronicles X: In this new RPG from Monolith Soft, players embark on an epic quest in a new world. Using the city of New Los Angeles as a home base, players will embark on missions, collect items and take on requests from residents. Xenoblade Chronicles X – which features a bigger world thanXenoblade Chronicles on Wii – is planned for launch exclusively on Wii U in 2015.
·  Kirby and the Rainbow Paintbrush: The newest game in the charming Kirby series finds the lovable pink puffball journeying through a world made of clay. Players guide Kirby along a rainbow line drawn on the GamePad’s touch screen. A new four-player multiplayer mode lets one player play as Kirby while the others control a trio of Waddle Dee characters that can collect items or carry Kirby around. Therefore, players can co-operate by allowing a player who has a Wii U GamePad to concentrate on drawing a rainbow line. Kirby and the Rainbow Paintbrush launches for Wii U in the second half of 2015.
·  Captain Toad: Treasure Tracker: A new trailer for the game debuted during the Nintendo Direct and showed snippets of many of the 70+ stages players will encounter. It was announced today that Captain Toad: Treasure Tracker will now launch across all of Europe on 2nd January 2015.
·  Duck Hunt takes aim!: In a new trailer, the Duck Hunt Duo were unveiled as a new challenger in both Super Smash Bros. for Wii U and Super Smash Bros. for Nintendo 3DS. In the same trailer, it was revealed Duck Hunt is coming to Wii U Virtual Console. Stay tuned for more details in the future!

·  The Legend of Zelda: Majora’s Mask 3D: One of the most talked-about games in the history of The Legend of Zelda series is coming to Nintendo 3DS. Launching in Spring 2015, The Legend of Zelda: Majora’s Mask 3D brings Link’s engrossing, spooky quest through the mysterious world of Termina to a handheld system for the first time with enhanced 3D graphics and added features for users to streamline gameplay for a more comfortable experience. Also releasing at launch, and available for pre-order from retailers in the coming days, The Legend of Zelda: Majora’s Mask 3D Special Edition is a limited quantity software offering including a specially-designed SteelBook ™, a copy of the game delivered in its standalone packaging, a Majora’s Mask pin badge, and a double-sided poster showcasing the game’s iconic art style.
·  Code Name: S.T.E.A.M.: From Intelligent Systems, the creators of the Fire Emblem and Advance Wars series, comes Code Name: S.T.E.A.M, a turn-based tactical action RPG that features characters like… Abraham Lincoln? That’s right: Abraham Lincoln tasks the secret agents of S.T.E.A.M., who have steam-powered weapons at their disposal, to stop an alien invasion. Introduced today was a special character ability called Overwatch, enabling characters to save up some steam and unleash surprise attacks on enemies in their attack turn. Code Name: S.T.E.A.M releases on Nintendo 3DS in May 2015.
·  Pokémon Omega Ruby and Pokémon Alpha Sapphire: A huge Pokémon adventure awaits on 28th November when both games launch in Europe on Nintendo 3DS as standalone offerings, or within hardware bundles such asNintendo 2DS Transparent Red + Pokémon Omega Ruby and Nintendo 2DS Transparent Blue + Pokémon Alpha Sapphire. Meanwhile, owners of Pokémon X or Pokémon Y will be able to receive a very special Mythical Diancie from tomorrow. Excitingly, when players transfer Diancie into their Pokémon Omega Ruby or Pokémon Alpha Sapphire game, they can get the Mega Stone that will allow Diancie to Mega Evolve during battle.
·  Monster Hunter 4 Ultimate: Launching on Nintendo 3DS in early 2015, as part of a short update today, an in-game collaboration was confirmed that will see Mario and Luigi costumes available for felyne characters in the game.
·  Sonic Boom: Shattered Crystal: Alongside Sonic Boom: Rise of Lyric for Wii U, Sonic Boom: Shattered Crystal for Nintendo 3DS speeds its way into Europe on 21st November. At 23:00 tonight (5th November), a free demo forSonic Boom: Shattered Crystal will go live on Nintendo eShop for Nintendo 3DS in order to give fans a taste of this new take on Sonic the Hedgehog.
·  Ultimate NES Remix: The NES Remix series comes to Nintendo 3DS, combining the best bits from NES Remix and NES Remix 2. The new Famicom Remix Mode offers additional challenges from the Japanese version of NES Remix, and in Speed Mario Bros., players can play through the original Super Mario Bros. ramped up to super speed. Ultimate NES Remix also features online leaderboards, allowing players to compare scores in challenges with others in their region. The nostalgic game launches for Nintendo 3DS in stores on 7thNovember, but will be available already at 23:00 tonight (5th November), on Nintendo eShop for Nintendo 3DS.
·  Persona Q: Shadow of the Labyrinth: With the Persona series’ first appearance on Nintendo 3DS, prepare for a first-person dungeon crawling RPG with vast mazes to explore and monsters to fight using Persona-style combat. This much-anticipated game from Atlus releases for Nintendo 3DS at retail and on Nintendo eShop for Nintendo 3DS on 28th November.

·  Shovel Knight: Fans can dig into this revered 8-bit style action platformer, with the game releasing at 23:00 tonight (5th November), on Nintendo eShop for both Wii U and Nintendo 3DS. Fans who are interested in owning Shovel Knighton both systems, and have already purchased the game on either their Wii U or Nintendo 3DS,  can take advantage of a price discount to buy the game on the other system**. In addition, a new Shovel Knight Theme for the Nintendo 3DS HOME Menu will be available for free to users who purchase Shovel Knight on Nintendo 3DS by 13th November 2014.
·  Indie games!: Nintendo’s support for indie developers continues with a host of indie games coming to both Wii U and Nintendo 3DS, including the likes of SteamWorld Heist and Shantae and the Pirate’s Curse. A new Indie Winter Highlights trailer aired today also teased exciting downloadable offerings such asSwords & Soldiers 2 and Affordable Space Adventures on Wii U, and Azure Striker Gunvolt and Gunman Clive 2 on Nintendo 3DS.
·  PIKMIN Short Movies: Last month, Shigeru Miyamoto premiered PIKMIN Short Movies, a series of animated short films he directed that take place in the Pikmin universe. At 23:00 tonight (5th November), these will be available for paid download on Nintendo eShop for both Wii U and Nintendo 3DS, in HD and 3D, respectively. As a supplement to the short movies, a free demo version ofPikmin 3 will also go live on Nintendo eShop for Wii U at the same time. Shigeru Miyamoto will also be making an appearance in the game’s Miiverse community soon.

*Please note the Super Smash Bros. for Wii U + Mario amiibo bundle will launch on 5th December.
**Users need to have linked their Wii U and Nintendo 3DS systems with the same Nintendo Network ID. Offer ends 1st January 2015 at 23:59 local time. 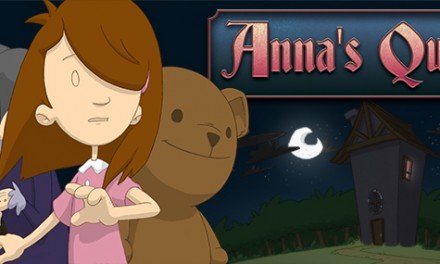