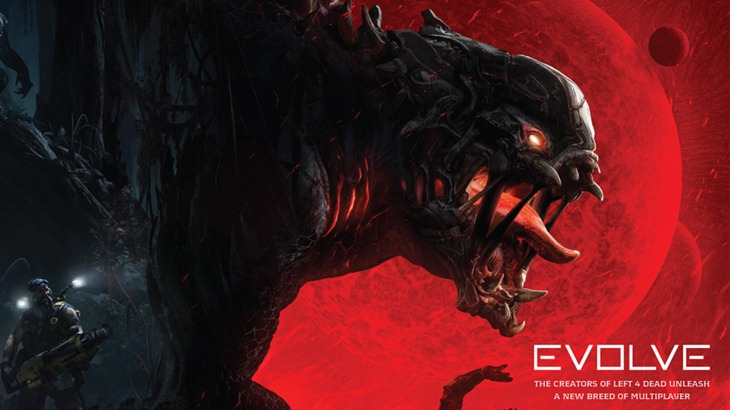 Tomorrow, Evolve, the new game by Turtle Rock studios, will be released for PC, Xbox One and PS4 gamers around the world. After the open beta weekend in January, the development team has been optimising, tweaking and fixing lots of parts of the game and they just announced that when the game launches tomorrow it will immediately have a 3gb big update available that will do the following:

– Balancing Tweaks
We already noted this in an interview with Turtle Rock’s Chris Ashton, but we are constantly adjusting things in the background so that every Hunter and every Monster is finely tuned. What we learned about what’s being done to Wraith alone was eye-opening. ( Check out the Open Beta infographic and Q&A here.) A lot of the data gathered from the Big Alpha and Open Beta weekends helped us make these tweaks.

As we strive to push the engine and cram as much as possible into your Evolve experience, we’re also working are to optimize performance on your system. These improvements range from load times to improving matchmaking and network bandwidth optimizations.

– General Bug Fixes
We are addressing bugs found during the tests and we have you to thank for making Evolve that much stronger with this patch.

– New Elite Skins
After the Big Alpha, we wanted to rework the Elite skins for Hunters and Monsters based on feedback we got from the community. The results of those requests are right here in this patch. We’ve updated or outright replaced the assets that were already in the game. All you need to do to unlock them: EARN THEM. Learn more here.

– Connectivity to the Hunters Quest App
This patch adds connectivity to work with Evolve Hunters Quest. We recently unveiled the game / companion app for Evolve. In one respect, it’s a fun Match-3 puzzle combat game. But it also has ties into the main console game through the my2K servers. Earn experience and watch overhead match replays through the app. Best of all, it’s free for iOS, Android and Windows Phone. Learn more here.

You may find the Open Beta Q&A over here.