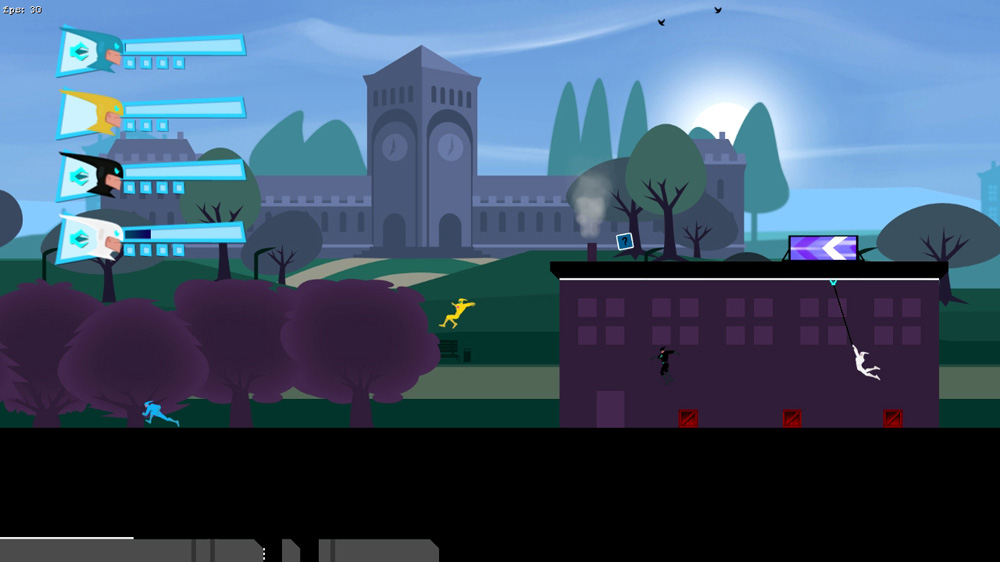 DoubleDutch Games, a small Dutch indie game development team founded in 2010, have revealed that Speedrunner HD, a game that started as a successful flash-based browser game, having currently been played well over 8 million times and released on XBLIG in the summer of 2011, will be making its way on the PC via Steam.

“Yeah, we’re really excited to bring Speedrunner back to the PC, this time with full online multiplayer support,” says Casper van Est, founder of DoubleDutch Games. “When we first received an email out of the blue from Valve, saying that they were interesting in distributing the game on Steam, we couldn’t believe our eyes; I actually thought it was a practical joke.” The goal in this fast-paced 2D platformer is to speedrun as quickly as possible across action-packed platforming levels, using a grappling hook, walljumping and other freerunning abilities, in order to dismantle the bomb in time.

No release date has been set but the developer revealed that they will be hosting a public beta test somewhere in the next few months.