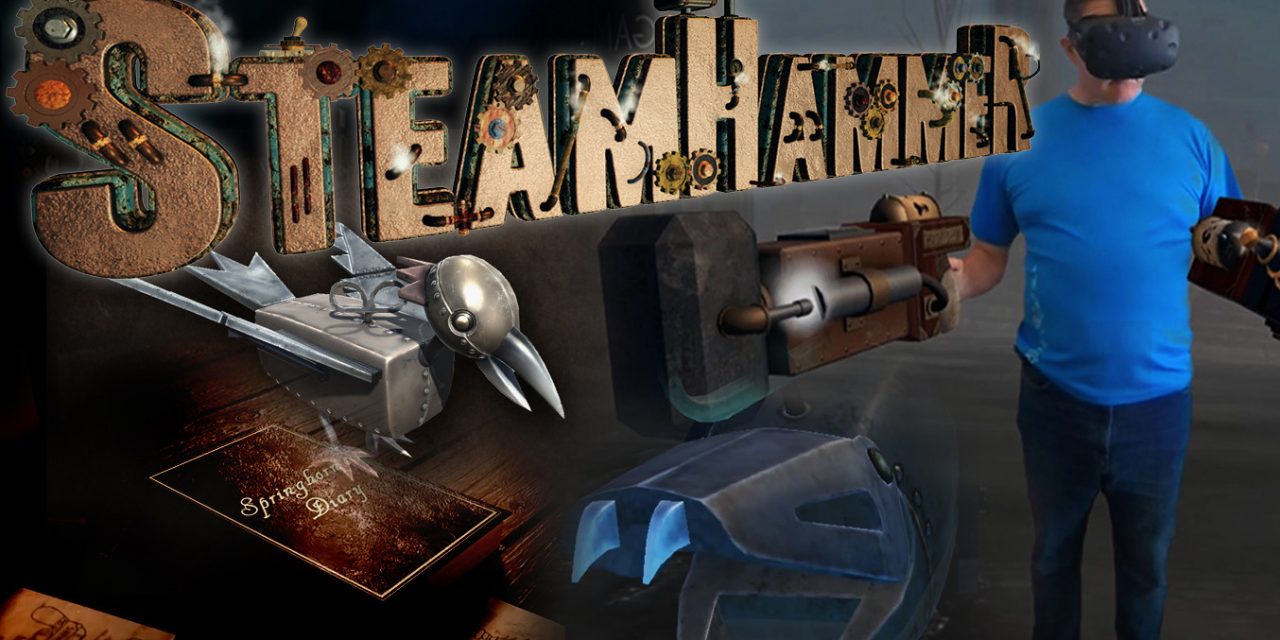 Showstorm, the publishers behind game development team GamestormVR have announced that SteamHammerVR will now be released for ‘Early Access’ on the 6th of January 2017.

With plenty of updates on their community page teasing as to what will appear in the game, it certainly seems to have evolved massively since the rat and raven bashing demo that was released earlier in the year.

Early reviews of the demo marked this game as one to watch, with even negative reviews remarking on the beautiful and polished look of the experience, it appears that the developers have really embraced the community feedback in this Early Access release.

Head Programmer Tomasz Kirsz remarked ‘People are a little critical of wave shooters right now and said they didn’t just want to stand and fight, so we have added a really clever teleport system that changes the strategy of gameplay’

Artistic Director Martin Rowe also pointed out that unlike many other ‘shooter’ games on the market, SteamHammerVR ‘The Rogue Apprentice’ not only has six very unique duel wielding weapons but it also has a great and immersive story narrative which reveals the history behind the relationship between Dr Obadiah Springhorn and Professor Rattwurm.

Add to that the stunning backdrop of Victorian London, a unique and engaging soundtrack and characters that range from hilarious to utterly terrifying, players are sure to find plenty to engage them. Players will start the game with the full arsenal of six weapons which can be upgraded by completing missions.

More information about the game can be found on the steam page.