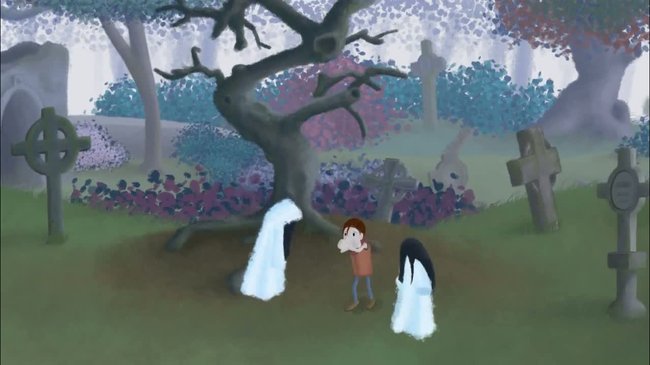 Indie developer Rablo Games have officially unveiled Lost Spirits of Kael, an action-RPG with focus on atmosphere, described as a mix between  Shadow of the Colossus and  Dark Souls, in a  hand-painted 2.5D world.

In Lost Spirits of Kael you play the role of a young painter who has lost his inspiration and tries to get it back in the Forest of Kael. There, he meets a mysterious harpist who covers the forest with magical mist by playing her instrument. Lost in this creepy forest covered with graves, he will have to find his way out. But the forest has mystical powers that makes finding one’s way nearly impossible, and some of its inhabitants will try to stop him.

Lost Spirits of Kael is expected to launch on the PC sometime in 2014.