Hotline Miami, the award winning, brutal, top down indie action game from Dennaton Games and Devolver Digital is available today on the PlayStation 3 and the PS Vita for £7.29. The PS3 and PS Vita version introduces trophies and leaderboards for each level, ranking friends and players worldwide based on score, with a note on which mask was used to achieve it.

Exclusive to PS3 and PS Vita, the new Russell Mask gives the game a whole new flavor as it changes the visuals to black and white with only the red from the blood and the neon from the UI coloring the screen. The PlayStation Vita version also features touch lock-on aiming; players can tap the screen to lock-on to a target as they stalk enemies from room to room.

“Hotline Miami is a game that will test your skills but first and foremost your nerves and your tolerance with violence. It’s amazing how Dennaton managed to make 16 bit graphics look so sadistic. The game has no morality and doesn’t make a single attempt to hide it.

Levels are fun to play no matter how many times you die. You can die upwards of 50 times, yet just kept resetting to play. With gameplay this tight, flowing between stealth and combat with split-second tactical choices reinforced through trial-and-error, it’s hard to want to walk away. Sure its is difficult like old games, but not unfair like old, bad games,” we wrote on our review of the game.

A sequel for the game titled Hotline Miami 2: Wrong Number was announced last week and is expected to launch sometime in 2013 for PC, Mac, and Linux. 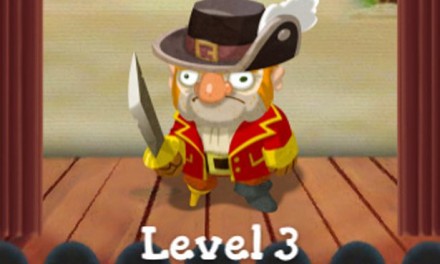 Ron Gilbert and Clayton Kauzlaric team up for Scurvy Scallywags