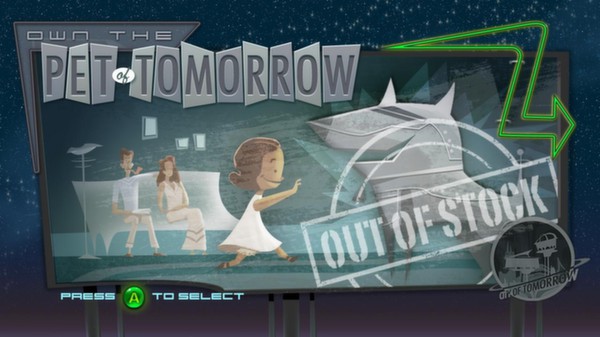 A Virus Named TOM, a puzzle-action game in which you’ll destroy a utopia by infecting it with a computer virus, will infect Steam and Desura on August 1st, indie developer Misfits Attic has announced. The story of A Virus Named TOM, has as follows. Dr X is the inventor who brought to the city of Tomorrow, robot dogs that don’t poop, and houses that clean themselves. MegaTech promptly fired him as soon as the last chrome brick was laid. But Dr X has one final invention, a little virus named Tom. Players must help this little gremlin bring the city of Tomorrow back to the Stone Age by causing absolute mayhem throughout the city. A Virus Named TOM is one of the few puzzle games out there where you can play co-operatively with up to 3 friends as well as including a battle mode where you can take on your friends for virus supremacy.

Pre-orders for A Virus Named TOM are still availible through www.aVirusNamedTom.com at 50% till launch (Steam Key + Stand-alone copy).