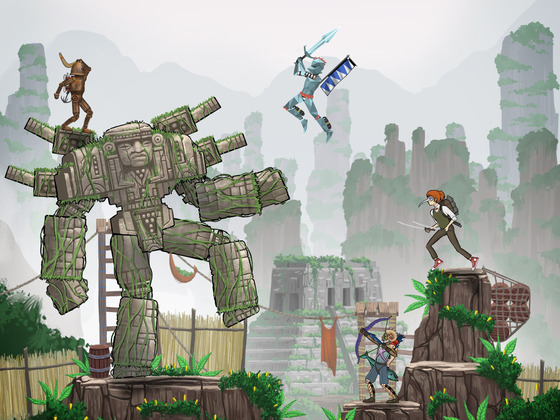 Launched in 2008 Kickstarter has funded more than 26,000 creative projects ranging from indie films, music and comics to journalism, and what interests us the most, video games.

In the Kickstarter model, supporters of a project decide how much money they want to pledge and receive different levels of perks in return. Many people heard of Kickstarter when the recent success of the Double Fine Productions campaign to fund a new adventure game the first effort in the genre for Tim Schafer after 14 years, proved extremely successful as the game reached an extraordinary $3,336,371 funding. Since then many projects that have popped up in the wake of Tim Schafer’s smashing success
like Wasteland 2, Carmaggedon Reincarnation, Peter Molyneux’s Project Godus, and Project Eternity the most crowdfunded video game to date, that has managed to raise than $3.75 million. It is still a bit hard to keep track of what desperately needs your money. To the rescue Gameconnect once more dug through the Kickstarter Games page to find projects you may not heard of yet but they look like they worth your hard-earned cash.

Unwritten: That Which Happened

Unwritten is a turn based strategy game for PC to be released in August 2013. In the game the player creates and guides a nomadic clan on a one-way journey across a dangerous wilderness in a quest to reach  God Mountain, where the clan believes that their god lives and will soon hear your story and learn about your people.

The game is developed by  Roxlou Games, founded by Joe Houston, a professional game developer who was one of the original core team members of Dishonored. It is described as a Sid Meier’s Civilization meets Oregon Trail game with maps, story elements, units, abilities, and enemies that are all randomly generated. Along the way decisions (and death) are permanent, and each play session is unique. In Unwritten your goal is to cross the tundra so that at least one member of your nomadic clan can reach “God Mountain”. Each clan starts with the following: At least one “hunter and gatherer” unit, Some quantity of “roxlous” (a llama like animal that acts as currency in the game), Some quantity of “food” , At least one “story fragment”, representing the preexisting history of the people

You then progress by playing through a series of zones, laid out on a grid of hexagonal tiles. In each zone the goal is to guide all your units from the starting point to the map exit. At this point you will be presented with a map of your current route, and will be given the choice of which way to go next.

The game is over if all of your units die, and the game is completed if any of your units manage to talk to the God that lives in the Mountain. There are still 19 days to go for Unwritten to reach its funding goal of $75,000. To date it has manage to raise $21,920 by 482 backers. Wildman by Gas Powered, creators of Supreme Commander and Demigod, is a mix of action-role-playing and real-time strategy. Gas Powered Games launched its Kickstarter campaign for Wildman on Monday, Jan. 14, seeking $1.1 million to create the game.

Wildman will allow players take control of a caveman-esque “wildman” seeking world domination. You you will be able to support your troops with your own combat abilities and skills, you and shape-shift into new forms that grant you and your armies with new technology. You can also go on role-playing adventures by exploring fantastical environment, discover ancient dungeons full of mystery and treasure,and can fight relentless onslaughts of men and monsters.

As Gas Powered has stated Wildman will feature a score from the legendary Jeremy Soule, composer for Total Annihilation, Dungeon Siege, Supreme Commander, Skyrim, Morrowind, Oblivion, Icewind Dale, Neverwinter Nights, Dawn of War, and pretty much every other game with an epic score. The campaign currently sits on over $315,309 with 22 days remaining. 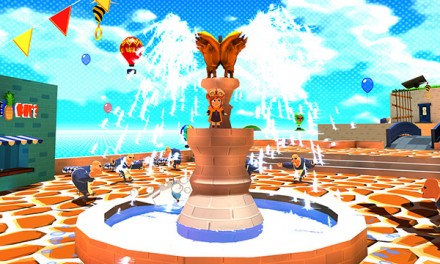