Kentucky Route Zero, a game created by Jake Elliott and Tamas Kemenczy of Cardboard Games was developed after with a meager $6500 fundraising goal on Kickstarter was achieved. This however has not stopped the game from garnering high praise from video game critics and being awarded by Games Festival awarded Kentucky Route Zero with its “Excellence in Visual Art” prize.

“Kentucky Route Zero manages to engage you to its premise, and unlike other episodic game’s it makes it impossible to predict what will come next. With such a great first entry expectations are now high and with four more acts set to be released over the course of 2013 we will sit and wait to see if Kentucky Route Zero manages to maintain or even exceed the momentum that was successfully created”, we wrote on our 8.6/10 review of Act I.

When it comes to episodic games (or episodes in general) the second installment usually gives us enough indication to tell whether a game moves in the right direction or just got derailed. We won’t tell you right now where Act II stands, you have to read the rest of our our review. 🙂

The first act of Kentucky Route Zero was highly stylized and brought a charming retro aesthetic.This time the graphical style is even stronger. The environments of the game seem more dynamic, involve more moving subtle animations in the foreground and background than the previous act.

The scenes drawn in Act II feel more imaginative, and more creative than the majority of those found in the first act. The game’s environments utilize a “2.5D” space more frequently. The soundtrack remains of high quality, featuring a mix of ambient, dense atmosphere and thematic bluegrass anthems.

The last time we saw Conway, he and his companion Shannon had managed to get out of the old mine and back to Weaver’s house. Act II doesn’t pick up from that point. Instead, it takes us to the Bureau of Reclaimed Spaces to meet Lula Chamberlain, who was introduced to us as an artist in Limits and Demonstrations. From the very beginning you can tell that Cardboard has made an effort to enrich Act II with more interesting puzzles as we now must search for key clues in order to proceed in the game smaking this interactive story far more interesting. Just like Act I some of the hallmark ironies are back, including giving the player somewhat faulty directions, and even putting the player in charge of navigating a bureaucratic office building to get papers signed. But the truth is that you are being guided with only a limited amount of choices you are allowed to make. Throughout the majority of the game you still control our protagonist, Conway, however Act II introduces a short part of the game in which the player controls another character. Once more it is up to us to decide of what happened in our heroes’ past but again that doesn’t change much as the story is going to play out in the same way no matter what you do. Finishing Act II should take you less than the first lasting about two hours. But while some could qualify If you played the first episode and it left you wanting more, Act II will not disappoint. Although this second part gives us no indication of what comes next, introducing another open-ended brain teaser and leaving us with so many unanswered questions about the Kentucky Route Zero universe, it is as gripping and stylish as the first entry in series.

Act I stayed more grounded, in order to acquaint the player with Conway’s, Weaver’s, and Shannon’s personal histories. That left Act II free to be a more supernatural experience. The result is another fascinating chapter is what is shaping up to be one of the most intriguing adventure games in recent memory. Cardboard Computer have seen great success with Act I, and they could have simply continued to do the things that made that game work well, but instead they are forging ahead into new, unexplored areas. 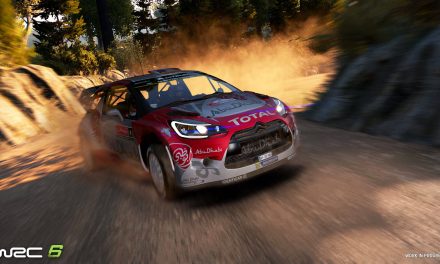