GameConnect started back in 2004 (as the gaming arm of TechConnect), with a group of friends that were playing Counter-Strike: Source, Day of Defeat: Source, Team Fortress 2 and many other games on Steam and within the Source engine community. At one time we were also known as the SteamFriends community, we have grown to be a place for everyone to come together and have fun in a safe environment.

At that time we were also working on creating solutions for the games we loved to play. With Steambans (anti-cheat system for HL1/HL2 based games), Sourcebans (Sourcemod administration and ban list script) and developing Source engine based mods was another part of the group. A few years later, we finally started a game development studio; InterWave. With the release of Nuclear Dawn in 2011, we tried to create a unique combination of FPS and RTS within one game. It worked pretty well but unfortunately we did not have enough resources and funding to continue development, so later InterWave was shutdown again, only to go back online as the GameConnect community.

Gaming and the community is a part of our heritage that we do not intend to abandon any time soon, and these are the projects and games that we have developed, and are still developing, for the community out there:

Nuclear Dawn is the first game to offer a full FPS and RTS experience on the Source engine, within a single gameplay model, without crippling or diluting either side of the game. As a soldier, explore war-torn post-apocalyptic landscapes, modelled on modern cities, and take the fight to your enemies as armoured, assault or stealth infantry, using various weapons across ten distinct load-outs to accomplish your objectives.

The first person shooter action in Nuclear Dawn is hard, fast and unforgiving, with weapons that rely on skill and tactics more than on twitch reflexes and map memorization. 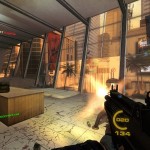 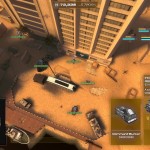 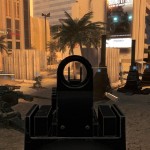 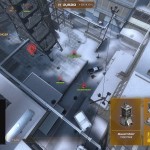 Then, take Nuclear Dawn above the action, and play as the commander. Organize your fellow players in squads, and assign them to tactical objectives. Plan the resource routes for your army, and production of your structures for forward deployment. Exploit the terrain and resource point locations to block your enemies’ advance, and crush their plans in an iron fist. Research and implement new technologies to give your soldiers the edge on the battlefield, and set up forward bases to lead the assault on your enemies, with a full complement of defensive and offensive structures to choose from, to build your perfect fortress.

Listen to the music of the game on our special Nuclear Dawn page over here.

Find out more on the Steam info page below:

With intelligent enemies that react to changing environmental conditions, Dark Matter is a dynamic world of darkness, where light is not always the safest place to hide.

The game aims to craft its own niche in the pantheon of side-scrolling exploration and combat games (yes, we’re really trying to not say ‘Metroidvania’), by combining the visual impact and gameplay implications of real-time lighting across the board, a deeply upgradable weapons system, and a limited crafting system in a world where there are few ‘magical drops’. 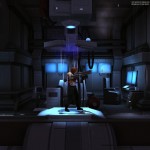 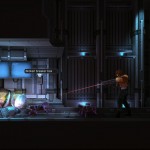 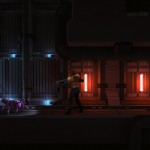 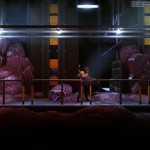 Your enemies will drop resources, you will mostly craft your ammo and health packs from those resources.
Find out more on the Steam info page below:

Stargate: The Last Stand is a total conversion mod for Half-Life2. What does this mean? Well, it means that the development team are stripping the Half-Life2 (a.k.a ‘Source’) engine down to its bare bones, and re-building a completely new game from the ground up. In the Stargate: The Last Stand multiplayer games, players will play on one of two teams, Goa’uld, or Tau’ri. 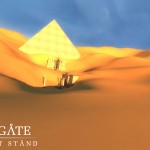 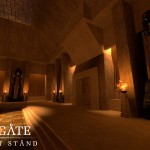 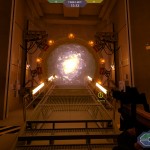 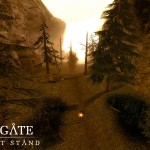 SourceBans is a free global administration and banning system for Source engine based servers.

When running SourceBans web interface and the SourceMod plugin together, you will be able to instantly ban people from all of the servers you have added into the system. Once you either ban a player from the server, or though the web interface, the specified player will instantly be banned across all of your communities` servers.

You will no longer need to add the STEAM Id’s of users to all of your servers` config files, and keep the configs synced and updated after each ban.

Ultimately the original development team started doing other things in life and stopped the project.

Since that time Sourcebans has been re-created by the community and can now be found here.

Steambans.com was a new service based on an old concept. Global banlists were active for years on the old WONID program from valve. When the change came to STEAMID it felt natural for us to develop a service specially minded to this new system. But we also wanted more.

We wanted to focus on the cheater personally more then on the cheats he used. Our experience tells us that a cheater will eventually make mistakes and reveal his cheats, and we want admins ready to catch him when he does. This way we can base our catches on humans (server admins) and gain experience via them to develop better and more precise techniques for spotting cheats.

Steambans was closed down in 2013.